Home » App Development » Conditionals in Swift with If, Else If, Else

Conditionals in Swift with If, Else If, Else 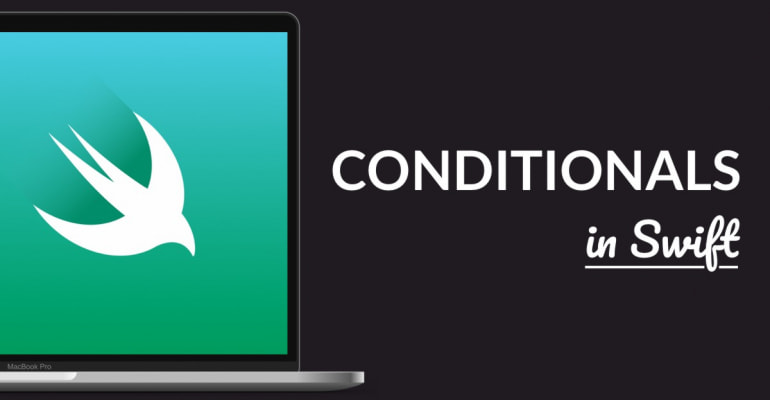 You use conditionals to make decisions in your Swift code, with if, else if and else. If this happens, then do that. This is called control flow, because you use it to control the way your code flows.

In this tutorial you’ll learn how to use the if-statement in your Swift code. We’ll get into boolean logic, expressions, operators, and the syntax of if, else if and else blocks.

In practical iOS development you use conditionals all the time. Logic expressions can be especially hard to grasp, but after completing this tutorial you’ll be well equipped to deal with even the most challenging conditionals.

Conditional Branching with The “if” Statement

Conditionals, branching, if-statements – they all mean the same thing: taking decisions in your code. Like this:

if this happens, then do that

Making decisions like these is called control flow, or branching, because you split the flow of your code in separate branches. 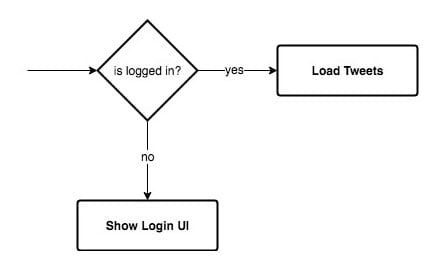 Imagine you create many of these decisions like the one above, and you see that the flow of your code quickly branches out in many directions. Kinda like a tree!

Let’s take a look at the Swift syntax for conditionals. Here’s an example:

A few things are happening here:

In other words: if the password is “Open sesame!” then open the cave and steal the treasure!

You’ve seen those squiggly brackets { and } before, in functions and in classes. They’re used throughout programming to structure blocks of code. Whenever a function is called, or a conditional is true, the block of code between { and } is executed.

Expressions, like password == "Open sesame!", are more complicated. Let’s figure out how that works, in the next chapter.

If you’re familiar with math, you know that the expression 3 + 4 + 5 produces the result 12. In programming, you can create expressions too:

The expression 2 * .pi * radius produces the circumference of a circle, based on its radius. The result of the expression is 94.24 in the following example:

An expression is a combination of one or more values, constants, variables, operators, and functions that Swift interprets and computes to produce a return value. This process is called evaluation.

Said differently: you can combine numbers, variables and functions to create an expression of a particular value. This value can then be assigned to a variable, like circumference and radius in the example above.

One kind of expression is exceptionally powerful: the boolean expression. This expression uses boolean logic to return either true or false. Its type in Swift is Bool.

Use the Swift Sandbox above to do this:

Did you see what happened?

This conditional has nothing to do with interactions in your app. It acts upon the data within your code. Let’s look at some more advanced examples of conditionals, in the next chapters.

Why is it called boolean logic? It’s named after mathematician George Boole (1815-1864), who laid the groundwork for Boolean algebra. Boolean expressions produce either true or false, called truth values, often denoted as 1 or 0 respectively. These two values lie at the basis of digital systems, like computers and apps.

The expression in if isLoggedIn { ... is checking if the value of isLoggedIn is equal to true. It’s exactly the same as this:

Do you see that ==? It’s a comparison operator, and you use it to check if two values are equal.

Swift has the following comparison operators:

You use comparison operators to compare values with each other. You typically use >, <, >= and <= with numerical values, whereas == and != are typically used to find out if any two values are the same or not.

Swift also has two identity operators, === and !==, that test if two references both refer to the exact same object.

The expression room >= 100 tests if the constant room is greater than or equal to 100. Because room is 101, the expression returns true and the conditional body is executed. Can you change the code to something else, to see how it works?

When you compare two values, they both need to have the same type. It does not make sense to test if a string is equal to an integer. They’ll never be equal, because they both have different types. An exception to this rule would be comparing compatible number types, like integers and doubles, with each other.

The code below results in a compiler error, because room and input have different types.

What if you need to compare a string value with an integer value? You’ll need to parse the string and convert it to an integer, or convert the integer to a string. When both types are related, you can also use type casting.

You already know about optionals in Swift, right? You can use the equality operators == and != to compare an optional with a non-optional value, but you can’t use >, <, >= and <= to compare optionals without unwrapping them.

This is exceptionally useful for sorting string values, for instance to order names alphabetically:

Alright, let’s move on to the next set of operators!

Logical Operators: AND, OR, NOT

A boolean expression with just one condition is a bit boring, so let’s spice it up with the logical operators AND, OR and NOT.

In the above example, you can fire rockets if…

See how you’re using logical operators to create a combination of boolean expressions? You’re also using comparison operators to assess the value of threatLevel and officerRank.

There are 3 different logical operators:

Both AND and OR are infix operators, so you put the operator between two values, like a && b and a || b. The NOT operator is a prefix, so you put it before one value, like !a.

Here’s what these operators do:

That’s complicated stuff, right? Let’s put those expressions in a Truth Table, like this:

The result in the “AND” and “OR” columns is based on the result of the expression a x b, where “x” is either AND or OR. It’s the output based on the operators and a and b.

And a Truth Table for the NOT operator is simple, like this:

The NOT operator inverts true and false. So when a = false, the expression !a returns true. This is exactly the same as a == false, which also returns true.

Can you ascertain the result of the expression !(!false)? It’s not not false, which is not true, which is false. Mind-boggling!

That’s quite theoretical, so let’s put it into practice. We’re going to play around with the previous example, this one:

You can break that expression down in two parts. We’ll start at the deepest level, inside the parentheses:

The second part of the expression is this:

When either of the expressions threatLevel > 5 && officerRank >= 3 or isPresident is true, the entire expression returns true.

Consider that treatLevel = 7, officerRank = 3 and isPresident = true. We can then resolve every expression step by step, like this:

What if threatLevel = 4, officerRank = 5 and isPresident = false? Then you can evaluate the expressions like this:

See how that works? Awesome!

Important question: If isPresident is true, does it matter what the threatLevel and the officerRank is? (Answer for yourself! Correct answer at end of tutorial.)

Alright, last but not least: the syntax for if, else if and else. You can combine multiple conditionals into one chain. Like this:

In the above example you’ve combined several if-statements into one conditional, using if, else if and else. Here’s how it works:

You can deduce a few rules about if, else if and else from the above examples.

Conditionals like the one above are not evaluated “as a whole”. Instead, their expressions are evaluated one by one, from top to bottom.

Let’s look at another example:

A common misconception is that an else block is executed when the expression in the first block is false. This is a correct assertion in the above example. But what about the following code…

In this example, the else block is executed for any value of name that is not "Bob". The else block is really a “catch all” for when all of the earlier expressions failed.

The above example has the exact same effect as the previous examples, except that its implementation is now different. Do you see the difference?

Instead of firing rockets when the threatLevel, officerRank and isPresident variables have the correct values, you now respond to individual cases. As a result, only one of these conditionals is executed.

Here’s a few things you can try:

Conditionals are awesome, right? If this happens, then do that. You use that to take decisions in your code, and to “branch out” into different states and scenarios.

This is what you’ve learned:

Answer: When isPresident is true, it does not matter what threatLevel and officerRank are. The expression a || b returns true if a or b is true, and it doesn’t matter which one. However, in the else if example, when the threatLevel and officerRank are high enough, the officer will launch the rockets before the president, even when isPresident is true.