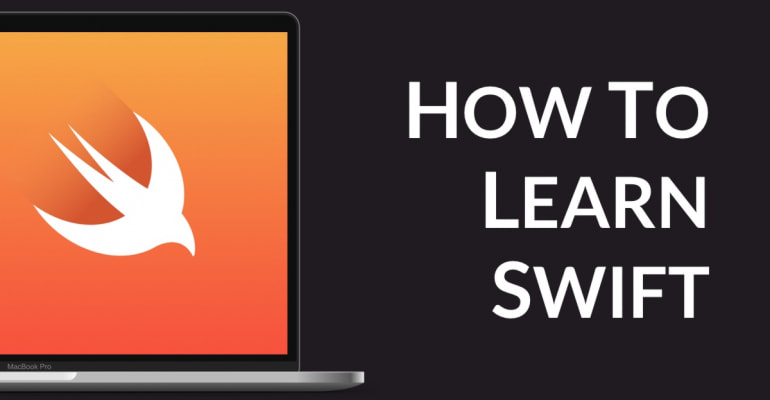 Swift is a powerful and easy to learn programming language for iOS, macOS, and more. Learning how to code Swift is simple, a lot of fun, and you can build awesome apps with it! In this tutorial, we’ll discuss simple approaches to learn Swift coding.

Getting Started With Swift

The Swift Programming Language was initially created by Apple, and released in 2014. The language is being actively developed, and the most recent version is Swift 5.1. You can code Swift for iOS, macOS, tvOS, iPadOS, watchOS, and even server-side Swift. In 2019, Apple launched an awesome new technology to build UIs called SwiftUI.

The most straightforward way to code Swift is with a Mac and Xcode. You’ll need a Mac computer to install Xcode, like a MacBook, or you can try to install macOS on PC. You can download and install Xcode on your Mac via the App Store. You can also download Xcode via developer.apple.com.

Another exciting way you can learn to code Swift is via the Swift Playgrounds app for iPad. It’s a gamified, playful and fun way to get started with Swift programming. And it’s not just for kids!

Now that you’ve got Xcode installed, building an entire app sure is a daunting challenge. Thankfully, Xcode has a built-in Playground, that you can use to code Swift without needing to build an entire app. You can just try out some Swift code to get your bearings, or practice with a hands-on example (see below). 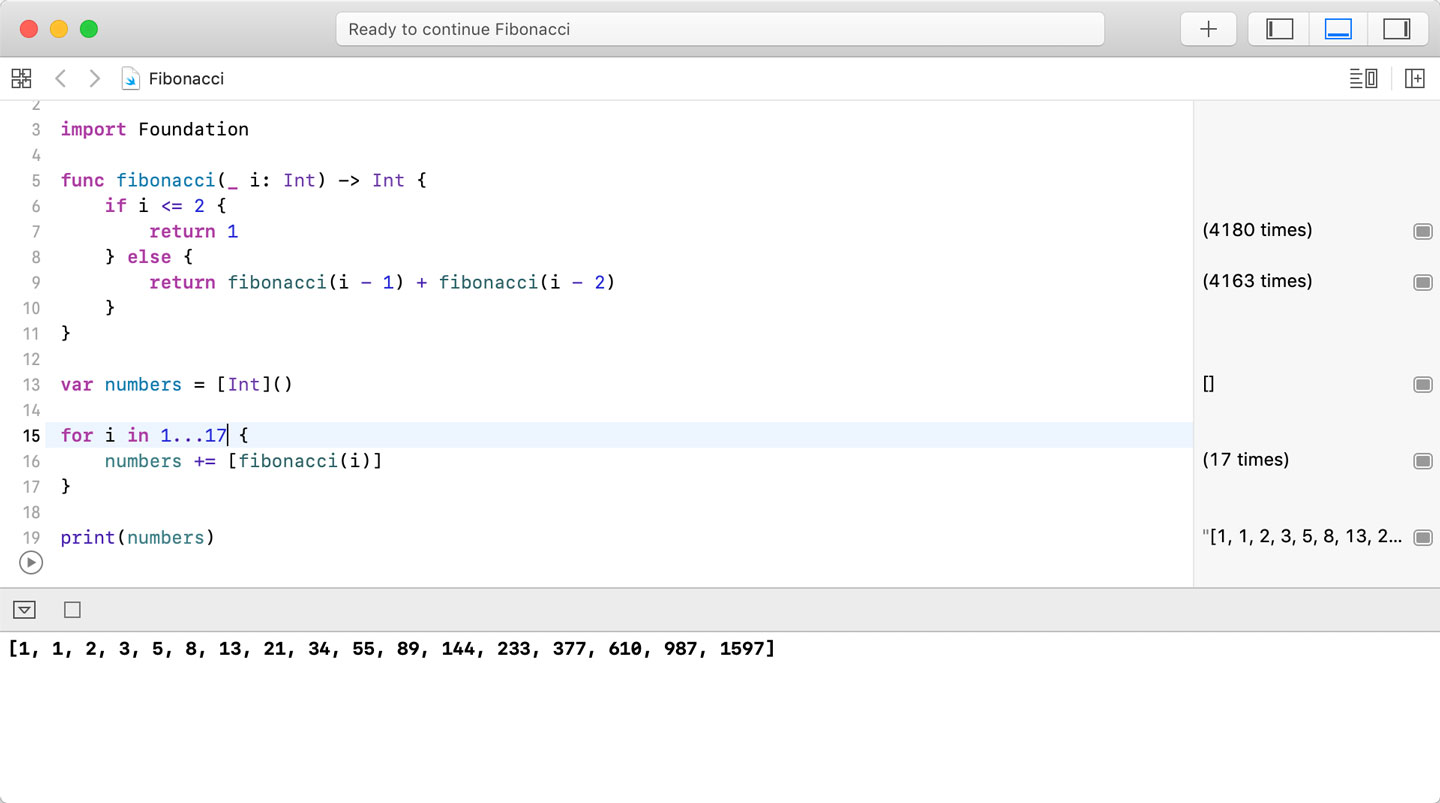 You can also use the Swift Programming Language to code server-side apps. These apps don’t live on an iPhone or iPad, but they live on a webserver somewhere, in the cloud. Serverside Swift is perfect for creating web apps, or app back-ends, or webservices that power other apps. The best way to get started with serverside Swift is via the Swift CLI for Linux, or through Vapor or Kitura.

Many of the tutorials on LearnAppMaking.com have on-page Swift sandboxes. You can use them to try out example code, to practice, and to play around — without leaving the page.

Some people learn better with hands-on videos, and others have more success by reading a guide or tutorial. You might want a pro iOS developer on speed dial, for questions and support. What about a community of Swift learners? And some of us simply learn best by trial-and-error, and building lots of Swift projects.

Let’s figure out a few learning styles, and resources that can help you learn Swift more effectively.

Learning via a bootcamp

A bootcamp is a completely immersive classroom environment, where you learn Swift programming and iOS development from one or more tutors. Most bootcamps have high success rates, but they can also be expensive. Many bootcamps offer a job guarantee, or help you find work as a professional Swift developer.

A few popular bootcamps include Big Nerd Ranch, DevMountain and General Assembly. It’s worth it to find a local bootcamp near you.

Learning via videos and screencasts

You can find plenty of Swift videos on YouTube, like Sean Allen, Lets Build That App and CodeWithChris. It’s worth it to find a teacher you like, because that helps you learn more easily.

Learning from tutorials, books and guides

Reading a book and following some exercises, is as straightforward as it is effective. Tutorials, articles and guides are a proven way to learn more about Swift programming. You can take a deep dive into a specific Swift topic, or follow a complete hands-on tutorial, to build something cool.

Learning by reading has lots of advantages, like keeping your own pace, making notes in the margin, and mixing-and-matching your own learning path. Books about Swift can be outdated when they’re released, but that shouldn’t be a problem. A downside of finding your own learning materials is that tutorials often lack structure, which means you could develop “gaps” in your knowledge.

The easiest way to find tutorials is to use Google, or to read from your most favorite authors, such as Swift By Sundell, AppCoda, or Hacking With Swift. You can also find more beginner tutorials, below.

Learning Swift coding by building something, should be part of every Swift learner’s approach. You only learn so much from reading; you gotta do stuff at some point. What about putting into practice what you’ve learned?

A great approach to learn-by-doing is to keep track of principles, topics and techniques you’ve read about (or watched). You then commit to trying each of them in a Swift project yourself. You could, for example, read about delegation and then practice working with delegates in an iOS app project.

Another smart technique is to learn by checking out sample projects. You can find plenty of example code on GitHub. It’s also a great idea to actually read the source code of open source libraries you’re using — you can learn a great deal from those. Another good resource to keep an eye on are Awesome lists, like this one about Swift.

When you’re learning Swift, you can go it alone, or you can learn with a proven, high quality resource, such as a course on iOS development.

A good course has the added benefit of helping you organize your learning trajectory, so you don’t have to figure out what you’re going to learn next. Just follow the course, and if it’s well written, it’ll expose you to the different Swift and iOS topics you need to learn more about. And when the course helps you build real-world projects — even better!

Most courses are also actively kept up-to-date, which is important if you’re learning Swift. The Swift language changes often (about twice a year), so it’s smart to make sure you’re working with the latest materials.

Start With These Swift Topics

Don’t know where to start learning Swift programming? The following list of topics includes must-know principles, syntax and techniques. You can complete these topics in a few hours, and it the ground running!

Quick Tip: At which level of skill should you practice? First, revisit what you already know. Then, pick a topic that you haven’t mastered yet. Not too easy, not too hard. That way you stay inspired, don’t slack, but don’t get frustrated either. Wax on, wax off. 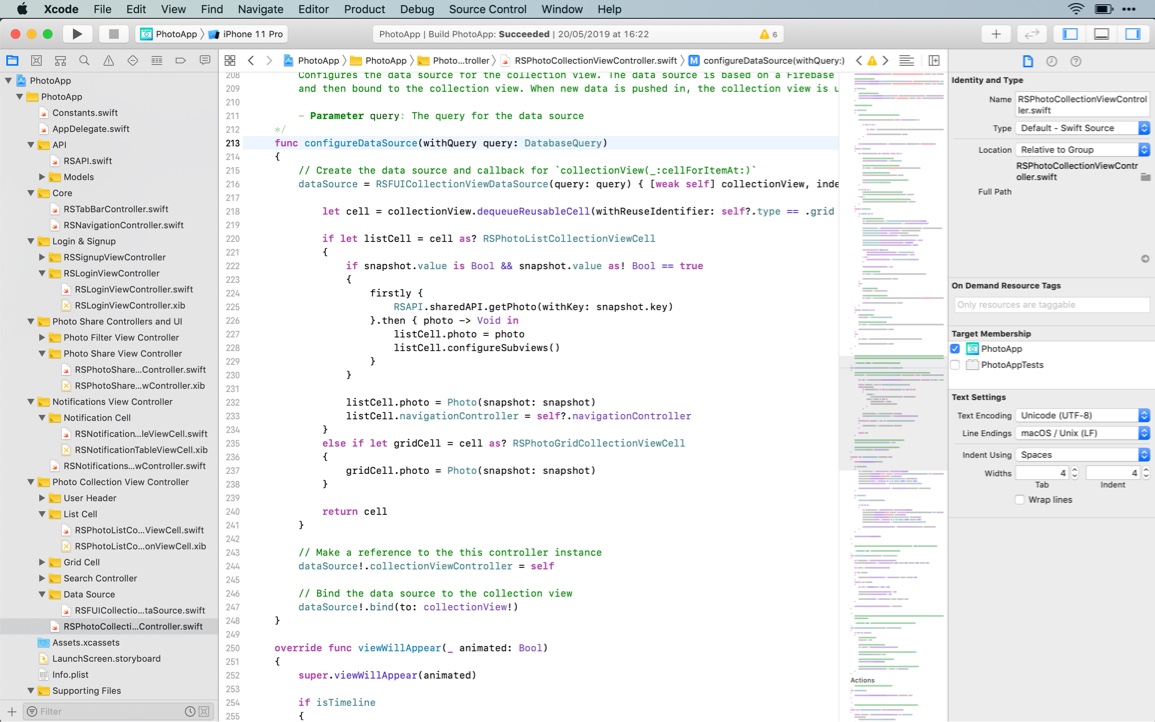 Practice Coding One Hour Every Day

So far, we’ve discussed Swift topics to learn, different resources you can use, learning styles, but what about learning technique? How do you actually learn all this stuff!? It’s the most important question of this tutorial, really.

The answer is simple: Practice coding Swift for one hour a day, for a year.

Inspired by 10 Steps to Becoming a Better Writer.

Getting good at Swift coding isn’t a matter of smarts or intelligence, but a matter of exposure: How many hours are you investing in exposing yourself to Swift code and code practice? Combine that with the right resources, and the right approach, and you’ve got a recipe for success.

I’ve taught iOS development and Swift programming for a few years, and I keep seeing beginner coders make the same mistake. They focus intensely on Swift coding for a day, and then forget about it for a week. When they get back at it, frustration creeps in, because most of their progress has been lost.

The most popular Coursera course, Learning How To Learn, talks about a technique called spaced repetition. It’s quite simple, really. You just get into the habit of exercising, and you find a balance between learning and relaxation. You learn on Mondays, Wednesdays and Fridays, and you give your mind rest in between. You space out the repetitions and exercises, so to speak. And the effectiveness of this technique is backed up by science!

So, learn for an hour every day, for a year. Exercise, exercise, exercise. Practice makes perfect – and permanent! You’ll miss a day or two, and that’s alright. Just pick it up again the next day. Before you know it, you’ve build a habit, and that’s powerful momentum towards reaching your goal: mastering Swift coding.

Don’t know what to practice? Start with the different topics listed on this page (see above).

What’s next? Swift in and of itself is incredibly fun to learn, and to master, and to play with. But what can you do now that you’ve learned Swift? Let’s discuss a few possible next steps.

Build your own iOS apps:

Have more fun with iOS development and Swift:

Awesome! In this tutorial, we’ve discussed how you can learn Swift. We’ve talked about learning techniques, topics you’ll need to master, and what learning style suits you best. There’s plenty of resources on this page to get started, so dig in!