How To Build a Profitable App with a Pro Upgrade 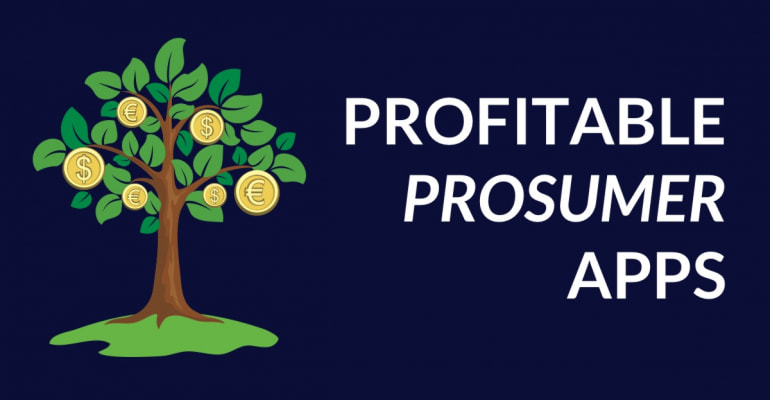 In this tutorial, we’re going to look at a trend in the App Store economy: prosumers. We’ll discuss how you can benefit from this consumer-to-professional shift, and how you can build apps for the prosumer niche.

What do a $1.300 MacBook Pro and a to-do list app have in common? They’re both built for prosumers! Prosumers are changing the App Store economy – and how is what we’ll discuss in this tutorial. So… what’s a “prosumer”, you’re saying?

A prosumer is someone who produces and consumes a product. The word is derived from “professional” and “consumer”. A prosumer buys goods and services of a standard that’s above typical consumer level, but below a strictly professional level. There are more nuances, though.

Now let’s fast forward to 2020. That $1.300 MacBook Pro that’s supposedly built for “professionals” is sitting comfy in a coffeeshop somewhere, with a Millennial hipster happily tapping away at a blog post or social media campaign. Is the “Pro” in MacBook Pro for “professional” or “prosumer”?

The prototypical prosumer sits between professional and consumer. A few characteristics of the prosumer are:

Let’s look at a few examples of prosumer products and activities:

The clearest example is perhaps the market for digital cameras, that cost $750 and up. They aren’t the cameras that you’d recommend to your grandma’s holiday pics, and they aren’t the cameras professional photographers use either. So, who’s snapping pictures with ’em? The prosumer… for their Instagram!

The prosumer lives on the edges of B2B and B2C markets. They’re both consumers and professionals, both personal and enterprise. Here’s a nice Venn diagram to show how they overlap: 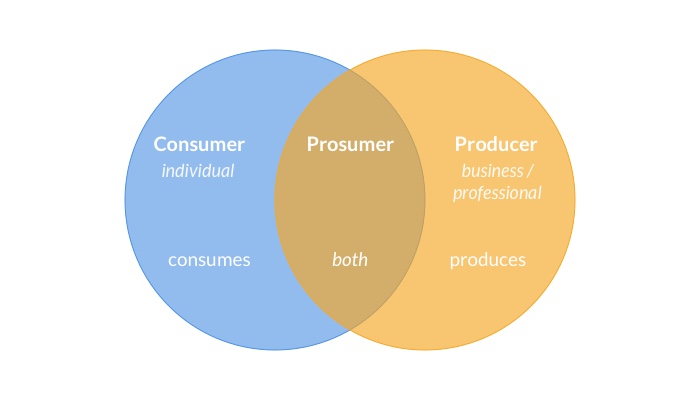 Why bother defining the prosumer? Because it’s a profitable, upcoming niche for indie iOS developers and their apps! The semi-pro is willing to fork over money for products that help them with their project. That means you, the indie dev, can make a buck.

Consumers are using fewer apps on average, and trying fewer new apps, it’s about time we discovered some new markets for our apps. The App Store is shifting away from consumers, toward B2B/enterprise and prosumer apps.

Now that we know about this market opportunity, how do you get started? In the next few sections, we’ll discuss how you can monetize your app ideas and market them with prosumers in mind.

First, it’s important that you have an app idea. The best app ideas help people solve a problem. They don’t need to be unique, or novel, or witty. A good, decent idea is enough.

See how these ideas are niched down? You’re not going to build just a to-do list app. You’re building it for a specific group of people, called a niche. This affects your design decisions, but more importantly, it makes promoting your app easier because you can speak a language that’s specific to your niche. Never market your app to everyone.

Second, it’s important you validate your app idea prior to building it. Are people willing to fork over money for your creation? If you find out before you build your app, you save yourself from future failure, lost time, and lost capital.

Once you’ve validated your app project, you’ve essentially already launched it. You’re in touch with potential customers, which means you can also quiz them about potential products and upgrades. If you do it right, you’ve got an idea about what people want to pay for, without having built anything.

The aim here is to find a product idea, called the Pro Upgrade, which we’ll discuss next. Ideally, this product is an In-App Purchase for a free app. That way you can help people try out your app, and then offer to upgrade their experience in the app. This upgrade can involve more features or power tools, which perfectly align with the prosumer’s goal of better professional output.

Here’s a quick summary to get started:

We’ll leave business validation for what it is right now, but a great book on this subject is The Lean Startup by Eric Ries. A great way to validate is to build a landing web page, ask for email signups, and measure how many signups you get. Then, get in touch with people to strike up a conversation about their work, needs and how your app could fit in.

The Pro Upgrade is a paid product that unlocks additional features and/or power tools in a basic app, that increases or improves the professional output of that app. It’s a value proposition that makes the app attractive to prosumers.

Once you start looking for them, you’ll see the Pro Upgrade everywhere. Its premise is simple: “If you’re serious about X, buy our Y!” The catch is, of course, that Pro stands for prosumer, not professional.

How can you adopt the same model in your own apps?

We’ve already established that you’ll need an app, that’s validated, and ideally in the productivity category. This is crucial. It’s really hard to market a game for prosumers, or tools that are personal, such as an egg timer or currency conversion app. What apps help a professional consumer produce more or better work?

The basic version of Crest, my goal setting app, doesn’t sync between multiple devices. You can only create one goal. Such a basic version is good enough to try out the app, or to use it for a personal goal. A semi-pro – the prosumer – might want to create multiple goals, or track more than one goal at a time. They might also want to sync between iPhone, iPad and Mac; to use the app as they move from one device to the next, througout their day.

The simplest approach to offer a Pro Upgrade is to use In-App Purchases. Create a single UI in your app that shows the benefits of upgrading, and offer people to upgrade. You can create a single purchase, a monthly subscription, or a yearly subscription with 2 months free.

When you put the prosumer in the center of your app business, everything changes. Your app idea, the way you design your app, its pricing and features – everything focuses on creating a value proposition that helps professional consumers do more or better work.

What’s next for you? It’s smart to figure out where you are in the process, from ideation to validation to launch to monetization, and what a logical next step is. You may want to try out whether the Pro Upgrade is a viable business model for your app. Perhaps you’re only thinking about building an app, and you’re wondering what business model to choose.

A great exercise you can try, is looking for prosumer marketing and Pro Upgrades in your daily life and work. When you suspect a product is marketed specifically toward prosumers, you can take a closer look and figure out how their approach works. You can then use any insights you gain in your own projects.