Written by LearnAppMaking on July 22 2020 in App Business 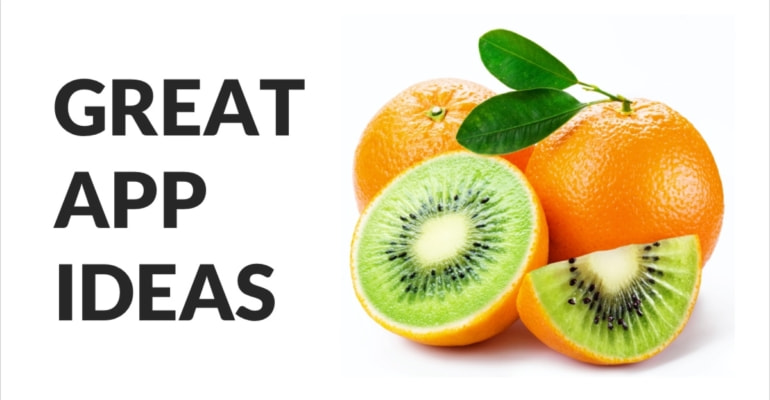 Let’s face it – most brilliant app ideas have already been made! A quick search in the App Store often tells you what you didn’t want to hear. That unique idea for an app you just came up with? Yeah, it already exists…

That’s OK. App ideas don’t need to be unique to be successful. Instead, focus your efforts on solving one problem well, and helping a specific group of people benefit from it.

In this tutorial, we’re going to discuss an approach to generate great app ideas. It’s called X-for-Y, and it works like this:

How To Find Great App Ideas

The best way to find a great idea for a mobile app, is to find an existing problem and solve/improve it with technology. Next, you help people with that problem to discover your app and benefit from it.

Here’s what you need:

You’ve got two ways you can go about this:

Many unsuccessful indie app developers get stuck on these issues:

You might be compelled to build an app right now, and worry about finding users for it later. You can do marketing later, right? NO!

Start marketing your app on Day 1. That’ll get you closer to the people you seek to serve with your app, which gives you an opportunity to learn how they’d use your app. You can use those insights to improve your app ideas.

Let’s say you get the idea to build a video conferencing app. Right now, people work remotely, and you’re in touch with creative/development teams, and they’re having a hard time to stay connected.

OK, let’s use that as input for the X-for-Y approach.

You can generate app ideas with X-for-Y approach. Here’s how it works:

Let’s look at a few examples:

See how that works? You’re building an app specifically for a group of people. But it’s not just about finding a niche, there’s more to it.

Each of these categories of apps, such as video conferencing, are already enormous. We’ve got Zoom, Skype, Microsoft Teams, Apple Facetime, Houseparty, and so on. There’s no need for another video conferencing app, right?

Except for… video conferencing just for creative teams. For dev shops, specially designed. For people who need to work from home, with zero setup. For kids, friendly and no-parents-allowed-here. For teachers and students; an almost classroom-like experience. Pick one.

An App Idea for Everyone?

Now you’re saying: “For a small group of people? There’s surely not enough people like that!” Shouldn’t you build an app for the largest possible audience? NO!

It’s a trap to think you should make your app ideas appealing to everyone. That’s impossible! Going for the smallest viable audience feels risky. Launching your app to everyone feels safe. Until you find out that there’s a music band that makes hillbilly flamenco, or relaxation music for horses, or Christian fitness music, or … ever heard of the Wellington International Ukelele Orchestra?

How can you find your own X-for-Y app ideas? We’ll discuss 2 approaches.

First, write down a list of 10 major app categories. Use the list at the top of this tutorial as a starting point. What Big Ideas can you come up with? (This is the X column.)

Then, write down a list of 10 groups of people. Use the list again. What kinds of people do you know? Can you define ’em in groups? Try to focus on so-called psychographics, i.e. based on what people like or want, or how they behave. (This is the Y column.)

Alright, let’s discuss that second approach. It’s simple! What are ideas from one “vertical” that haven’t been applied to others?

An example: Groupon, the group discount organizer. It works well for restaurants. Can you do the same for, say, a group of entrepreneurs? That’s what AppSumo does. Interestingly, Noah Kagan, the founder of AppSumo, is now doing the same thing for email. Same idea, same people, different vertical.

The meaning of “vertical” can be anything: industries, business, categories, etcetera. It’s the what; it’s column X. Once you’ve found your group, i.e. column Y, it’s smart to make more apps for them.

Are there any X-for-Y ideas you can come up with?

When you’ve found some promising app ideas, this is a great next step: How To: Market Research For Your App Idea.

Awesome! We’ve discussed how you can generate great app ideas using the X-for-Y approach. Here’s the gist of it: