How I Came Up With The App Idea For Crest

Written by LearnAppMaking on March 22 2018 in Crest App Series 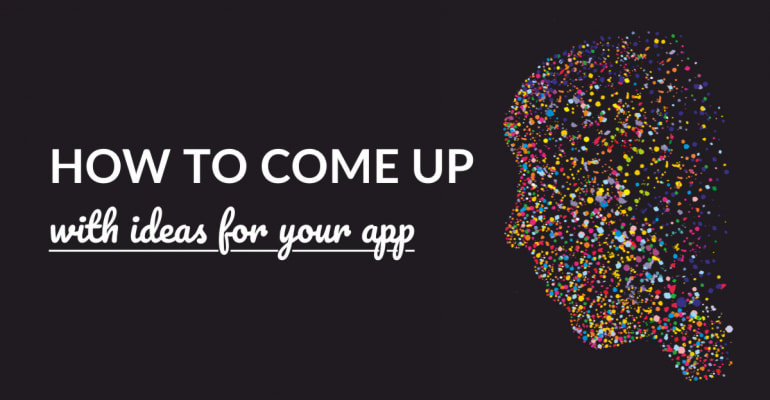 What happens right after the conception of an app idea? When you’ve had that first initial thought, where do you go? How do you develop, grow and refine your idea?

I’ve written a lot about iOS development, app marketing, idea validation – but I’ve never taken you on a journey from “first idea” to “fully designed app”.

This is an article about my app Crest. In the series, I show you how I created this app from scratch. I’ll guide you through the tools I used, the decisions I took, the mistakes I made, and the insights I found. » See all articles

The First Thought That Sparked This Journey

The building of my Crest app started with a Hacker News discussion I stumbled upon. It discussed what people do to align their daily to-dos with their long term goals.

I have been fascinated by achievement and goal setting for as long as I can remember. Ever since I read It’s Not How Good You Are, It’s How Good You Want To Be by Paul Arden, I’ve wanted to get better. I got obsessed with how anything could be improved – especially myself – and defined my goals accordingly.

Reading through that Hacker News discussion I got an insight into something I had long suspected: most people fail to connect their day-to-day activities with their long-term goals.

I compare it to building a bridge over water, from one shore to another. Except you don’t know where the other shore is. You can only build a small part of the bridge every day. How do you make sure you’re going in the right direction?

You can’t, because you can’t see the shore. You think you know where it is, of course, but as you gradually build your bridge you get a ton of insights into bridge building, the shore, the sea, and how life gets in the way of achieving your goals. Working on your goals changes them, even if you know where you’re going,

That Hacker News discussion was as a petri dish for my imagination. I had practically found a problem!

If you know me, you know that I think that all apps must solve a problem. It’s a tenet of app development, business, startups and entrepreneurship: solve a problem. The rate at which you make money is proportional to the value you provide.

Now that I had found a problem, I turned it into a question I could answer. How can people best be helped to mediate between short-term tasks and long-term goals?

This is where it gets interesting. Based on that question you can come up with a number of hypotheses:

Do you see how hard it is to solve problems? Maybe you thought that building apps was all about coming up with that one idea for a social network. Well… it’s not.

Ultimately, I decided that the solution I was looking for had to combine all three categories. It needed to:

I also capitalised on the age-old idea of breaking up goals. I found out that the effects of breaking up bigger goals into smaller steps have been researched, among other principles such as “prompts” and The Fresh Start Effect.

You typically can’t just apply a scientific study to an app you’re building, but reading studies like these can help you come up with new ideas and insights. Likewise, none of my insights are proof that this app idea is validated, or that people want or need this kind of app.

The Solution: A Kick In The Butt?

Do you see how this app idea is taking shape?

It’s not like one idea popped into my mind. There were many ideas over the course of many months that came together into one sharp bright spot. You know it when you see it.

I knew what I wanted to build:

That last two requirements proved to be crucial for the entire idea. I realised that if I could come up with a system that could give insight and structure, I had solved 90% of the problem.

I then hypothesised that a big goal, like starting a business, is actually made from hundreds of small tasks. Likewise, you could break off one mid-sized chunk of the big goal.

So, I found this “structure” from large to small:

One of the insights that stood out from the Hacker News discussion is that people appeared to have a problem with mediating between short-term tasks and long-term goal. Breaking them up isn’t enough – it actually makes the problem worse.

My thoughts settled on the principle of reflection. Reflecting on myself, my actions, my work, and where I’m going, has been a cornerstone of my obsession with self-improvement. I incorporated reflection into the app idea, based on a few questions:

I hypothesised that people will consider their entire goal, and the path towards if, if they’re asked to reflect on it. Instead of bridge-building away into the distance, they now have to consider realigning by doing a bit of reflection.

Does it work? I don’t know yet. But I will find out.

Let’s take a retrospective look together. As you read through this story of mine, you see how I went from an idea about building a bridge towards a shore you can’t see to a tool that helps you to achieve your goals.

Can this tool make sure that you achieve your goals? Can it soften the impact of insights you gained while on your way to your goal? Can it show you the shore you want to get to, before you get there?

No. No one tool can. Most solutions for problems we come up with are approximations. Until a better tool steps up to the plate, we’re stuck with this one.

I think it’s time for a tasks and goal-setting app that can help you fill the gap between short-term tasks and long-term goals, instead of just asking you to make well-defined tasks “here and now.”

In this tutorial I’ve tried to give you insight into my ideation process. You’ll have to read between the lines, and follow the story, to see the framework I used. I hope it helps you to design apps of your own.

How To: Market Research for Your App Idea