Written by LearnAppMaking on July 23 2020 in App Business 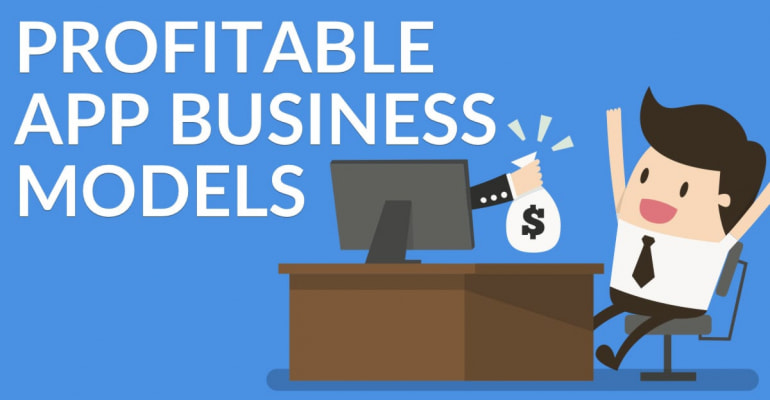 Finding a profitable app business model is an important part of building your app business. How do you monetize your indie app? It’s a crucial question to ask, because it determines the viability and profitability of your indie app.

In this tutorial, we’ll take a look at the 5 most profitable app business models. We’ll discuss their advantages and drawbacks. We’ll also focus on how you can find an app business model that maximizes revenue, for the least amount of work. When you’ve finished reading this post, you’re ready to move forward with your business model of choice.

As an indie app developer…

Oops! That’s a whole lot of things you don’t have.

Is that so bad? NO! It’s a good thing. Constraints like, the ones above, force you to think creatively. And there’s a flipside: you’ve just eliminated a whole lot of business models you don’t even have to try.

You’ve got 2 valuable assets as an indie app developer: time and focus.

You have time to build features in your app that are worth charging money. You can apply deliberate focus and effort to finding out what business models work for you. As an underdog you have to be ruthless: you need a business model that maximizes revenue, for minimal effort. This focus is important, going forward.

At this point, this is the definition of an optimal app business model:

What are app business models that fit this list? Let’s dive in!

Creating an app like FarmVille is a dream for indie app developers. You earn money whenever someone’s farm needs an upgrade. What about a viral arcade game? It’s free, but you’ve got to pay to win.

You need 2 things to make this business model happen:

A disadvantage of selling virtual goods is that you need a large amount of users. A smart approach to get a steady stream of users is to use advertising, like Facebook Ads or Search Ads. Those ads cost money, which you can fund with revenue from In-App Purchases.

That’s not necessarily a bad thing! When you know you can make $5 USD on average per app install, you’d gladly pay the $4. After all, for every $1 you spend you make $1.25 in revenue.

How do you know the Lifetime Value (LTV) of a user? That’s challenging to figure out, especially when your app is new in the App Store.

Still determined to pick Virtual Goods as an app business model? Here’s how to get started:

Don’t apply this app business model to the wrong app category. If you have a productivity or cloud-based app, resist the temptation to charge users for items in your app, like to-do’s. Such items don’t offer an intrinsic rewards, they’re cost centers instead of reward centers. Instead, offer a premium subscription or a Pro upgrade.

Take-away for indie app developers? Selling virtual goods is a perfect business model for games, especially if you can hook users with rewards.

Author’s Note: I’m not a fan of this business model – it seems unethical – but unfortunately it works well. Major game publishers use this model to generate revenue beyond the purchase of a game.

It’s simple: a free app is free, and you pay a (small) fee prior to installing a paid app. Free apps, strictly speaking, don’t generate revenue. The prices of paid apps range from $0.99 to $2.99 and upwards.

How does a free app make money? The fact that it’s free – free as in, free lunch – doesn’t mean it’s not generate revenue, it simply means the revenue is earned in a different way than charging for the app install.

A free app can make revenue with:

Paid apps have a disadvantage. New users cannot try out your app for free, so they’ll have to take a leap of faith when paying for your app. Paid apps typically see an install rate that’s 90% lower than free apps; they simply get less foot traffic.

Since the early days of the App Store, the number of paid apps has declined. And with good reason – it’s smarter to make a free app that has a paid upgrade. People can try out your app with zero risk and you get a chance to convert to become a paid user.

Take-away for indie app developers? Don’t charge upfront for your app, unless you have enough app installs to justify the 90% install rate penalty. Instead, consider making a free app and combine it with a different app business model.

Don’t create a free and a paid “Pro” app. It’s easier to create one app with an In-App Purchase, when you consider ASO and data migration, for example.

The advertising app business model is only viable when you have a large amount of users, with a few exceptions. Reports vary, but the average Revenue Per 1000 Impressions (RPM) on Google’s AdMob advertising network lies between $0.20 USD and $4.00 USD.

Let’s say you get $1 per 1000 ad impressions. When a thousand users see that advertisement, you earn one dollar. In this hypothetical example, a user opens your app 4 times a month and sees 2 ads during every session.

What about sponsorships and native advertisements, as a business model?

A quick refresher: revenue from sponsorships comes from companies that are willing to “sponsor” your app. You could for instance offer sponsorships of issues in your app, like you would do in a newsletter or magazine.

Native advertising is similar, but different. A “native” advertisement is exactly the same as ordinary content in your app, but then it’s paid for by a company.

Imagine you’ve got a magazine app for cat owners and they read content about cats. A native ad could be an article about cat food, sponsored by a cat food company. The native content is valuable for the reader, and it generally doesn’t disturb the in-app experience like typical ads do.

You can make sponsoring and/or native apps work for you, if your app serves a well-defined, specific niche. You can then find sponsors that are interested in reaching your audience, and set up a collaboration.

How much can you make from sponsorships and native apps? It depends. Pricing ranges from for $2.500 USD per article to $20 USD per placement per week. An advertiser is willing to pay more if they’re more likely to turn a profit, or if they’re guaranteed to increase their brand’s visibility within your niche.

Take-away for indie app developers? Ads aren’t a suitable app business model if you’ve got fewer than 25.000 to 100.000 MAUs. Only work with sponsoring and native ads in a niche content app.

It’s such a simple but beautiful app business model. Build an app that people enjoy using and charge the users that want more features. That’s what in-app upgrades, subscriptions and Pro upgrades are all about.

Subscriptions work best for “consumables” that aren’t easily quantified. You can charge a user a flat fee for cloud storage. Not by the gigabyte, but you simply say: “You can use cloud sync for $10 a month”.

If you have an app with a resource-intensive back-end platform, you could charge users for those resources. Think about tools like Slack, Zapier or Trello. For each of those tools you pay a flat fee per user per month.

Let’s do the math. Say you’re looking to make at least $2.000 USD a month from your indie app. This is ramen profitable; enough to eat ramen for breakfast, lunch and dinner, and pay rent for a one-bedroom studio. You get the idea…

This back-of-the-napkin calculation is more complicated than that, of course. You also need to figure out how many months an average user stays a customer and what your churn rate is. A disadvantage of the pay-once Pro upgrade is that you need a fresh batch of new users every month.

How many users do you need in total? Not every user will upgrade. Your app’s profitability depends on the effectiveness of your upgrade funnel. Can a user keep using the app for free? Is the paid upgrade compelling enough to warrant a purchase?

A benefit of the Pro upgrade business model is that it’s easy to try out and validate different upgrades. You’ve got your free app, and a few users, and you can use that as a playground for features and upgrades. You can even present different offers to different users, and compare their effectiveness.

A free, paid or ad-supported app doesn’t have these benefits. And of course, the biggest benefit of the subscription model: you don’t need many users to make it work.

Take-away for indie app developers? The subscription app business model is effective for productivity apps and Pro app features, like cloud sync. You generate revenue from Customer no. 1, and you need a smaller userbase to become profitable.

Awesome! Here’s what we discussed:

Get Started with the App Subscription Model